The Definition of Bone Cancer 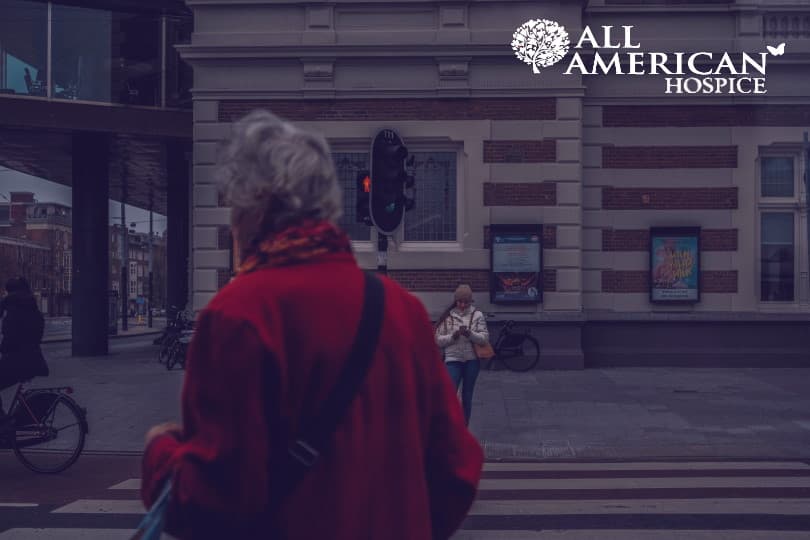 Bone Cancer Symptoms and What to Look Out For

Even with bone cancers comprising less than 1% of all types of cancers, the American Cancer Society still estimates that 1,720 deaths from 3,200 new cases of bone cancer will occur in 2020. With such shocking statistics, keeping an eye out for possible symptoms of bone cancer is an absolute necessity.

These signs of bone cancer will be different depending on the size of the tumor, the stage the cancer is in, and other factors such as the person’s current health and history.

With cancer being more prominent over time, pain in a bone, bone region, or joints also increases. Being the most common symptom of bone cancer, the pain can start with mild discomfort and come and go in the beginning. It will gradually become steadier, with the pain increasing and becoming intolerable.

Along with pain, swelling is one of the earliest symptoms of bone cancer. As the cells continue to lump together, the area within the bone swells, making it stiff and tender to touch.

As the tumor spreads, the bone will start to weaken over a period of time, making it susceptible to breaking. Accompanied by soreness and pain, the bone becomes fragile and will break easily. This can be called pathological fracture and is very rare.

Calcium in the bones gets released to the bloodstream when it gets damaged. Mild calcium levels in the blood are not dangerous, but high calcium levels will further weaken bones, decrease appetite, cause abnormal heartbeats, create kidney stones, and even make way for depression and memory loss.

With the cancer cells eating up the body’s supply of energy, weight loss without any shift in diet will also happen with bone cancer. These cancer cells can also change the way the body process energy by releasing substances.

Aside from the way cancer changes the body, the pain also slowly starts to become unbearable. The tumor cells rob the normal cells of the nutrition they need to function properly and will show in the patients as they feel sluggish and have less energy. They eat less, sleep less, they are overall, less active, all of which contribute to their fatigue.

Difficulty in Breathing: When the tumor spread to other organs such as the lungs, the patient will have trouble breathing.

Numbness, Tingling, Weakness, Spinal instability: The bones in the spine will press the nerve roots near to it, affecting neurological function.

Difficulty in Moving Around: If the location of the tumor is near a joint, the joint will start to become stiff and swell, and it will be hard to move around, limiting the mobility of the patient, and some can even have a limp.

When to See a Doctor

You should see a doctor if any of the following conditions occur.

The over-the-counter pain relievers don’t work: When the usual pain reliever you are used to take doesn’t have the same effect it has, you should start to consider the drug you’re taking and set an appointment with your doctor. Knowing your health condition will not only ease you from pain but will also keep you away from putting medication that might not be right for your state.

The symptoms have been going on for a long time: When it feels like there is an invisible on and off switch in your body that dials the pain you feel at random, and at a constant pace, it is a sign that you need to check in with your doctor. Pain, swelling, fatigue, fractures — these are no regular occurrence if you have a healthy body.

The symptoms become more and more painful: When the symptoms’ level of pain keeps on escalating, do not wait until you can no longer bear it. Immediately call your doctor to save yourself from the current pain and prevent the greater danger that may be behind all of it.

What does bone pain from cancer feel like? Most people have experienced bone cancer describe the pain within their bones as excruciating and severe, leading to the other symptoms discussed above. So, should I worry about the usual pains in the different parts of my body? Look out for some of these signs.

With the continuous campaign for cancer awareness – not just for those fighting their ongoing battles, but also to equip one’s self- here are some things you should know about bone cancers.

Bone tumors can materialize in any part of the bone and can form in any bone in the body. These tumors take shape when cells inside a bone divide and lump together to form an anomalous tissue. The majority of bone tumors are benign and don’t affect any other part of the body, but they can still destroy the healthy cells in the bones and cause them to weaken. However, some bone tumors are malignant and can spread cancer cells. The following are the different types of bone cancer:

This type of cancer is also known as osteogenic sarcoma, and it is the most common type of bone cancer. The cells produce bone, and it usually starts in the arms, legs, or pelvis. It typically occurs between the ages of 10 and 30 and is more common in males than females. In rare cases, the cancer can happen outside of the bone; this is called extraskeletal osteosarcomas.

This is the second most common primary bone cancer. It forms in cartilage cells, usually in flat bones such as the blade, hip, or pelvis. This type of cancer rarely occurs in people under 20 and is usually seen in middle-aged and older adults. The chances of having it increase with age, and it is more common in females than males. Chondrosarcomas are divided by the grade the pathologist puts it in. The lower the grade, the lower the chance of the bone cancer spreading is.

This type of bone cancer is named after Dr. James Ewing, who publicized it in 1921. It is also called Ewing’s tumor, and it is the third most common primary bone cancer. This kind usually starts in bones but may also develop in other tissues or muscles. It occurs mostly in children and rarely in people over their 30s

These develop in the soft tissues of the bones (tendons, ligaments, fat, or muscle), and are usually found in the arms, legs, or jaw. This kind of bone cancer mostly affects older adults.

This cancer is usually benign, but it can also be malignant. It is usually found in arm and leg bones, and it mostly affects young and middle-aged adults. While it rarely spreads to other parts of the body, the probability of it spreading increases after every surgical removal.

Chordoma can be found mostly in the bones of the spine and at the base of the skull. It affects adults aged 30 or older and is more common in males than in females. This kind of cancer is slow-growing, with a low risk of spreading to distant parts of the body. It may return to the original site if it is not completely removed. It may eventually spread to the lungs, liver, or lymph nodes.

How do you get bone cancer? There is no direct reason that can pinpoint what causes bone cancer, but there are certain factors that can increase its probability of occurring in an individual. Anyone should look out for these bone cancer signs to help in identifying bone cancer:

Li-Fraumeni Syndrome (LFS): It is created by a mutation in TP53, a tumor suppressor gene, producing a p53 damaged gene that is incapable of helping in preventing malignant tumors from developing. Anyone with a TP53 gene will most likely develop cancer and will have a cancer risk all throughout their life.

Rothmund-Thompson Syndrome: A rare condition involving many parts of the body, characterized by rashes that spread from the cheeks to the arms and legs, thin hair, eyebrow, and eyelashes, skeletal abnormalities, and gastrointestinal problems.

Radiation: The risk of primary bone cancer developing increases when bones are exposed to high doses of radiation, such as the radiation used in the treatment of cancer. Minerals like radium and strontium are radioactive materials that accumulate in the bones and can cause bone cancer.

Bone Marrow Transplantation or Stem Cell Transplant: Different side effects of bone marrow transplant occur depending on varying factors, such as general health. Post-transplant malignancy can happen and will develop a new type of cancer, such as bone cancer.

If you have been diagnosed with bone cancer, you don’t have to handle the symptoms alone. With late-stage cancer, the most important thing is to enhance your quality of life and stay as comfortable as possible. At All American Hospice, our compassionate team of experts can help shoulder your burdens. Call us now for a free consultation.

Signs of Breast Cancer
The Definition of Bone Cancer