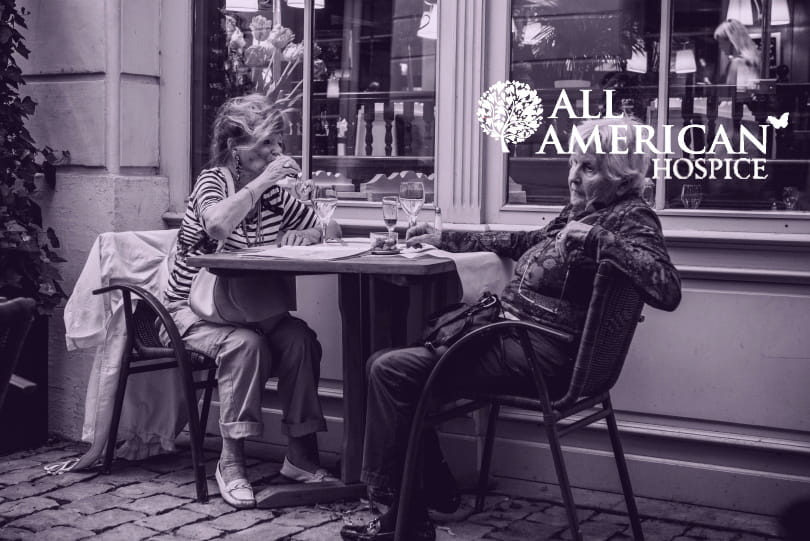 Why Do People Smoke Cigarettes?

Smoking is the leading preventable cause of disease in the United States. Yet, despite the constant reminders of how harmful it is for our health, many people just do not quit smoking. People have varying reasons why they started getting into the habit of smoking in the first place, even despite knowing the health risks involved.

In this article, we will discuss five common reasons why people smoke and continue to do so. In the latter part of the article, we will provide a few tips on how to help you quit smoking entirely.

There are many reasons why people feel compelled to smoke cigarettes. Let’s take a look at five common ones.

1 Anyone who has gone through a teenager phase will be highly aware of the social and psychological toll it can take on an adolescent to fit in or be deemed “cool” at school. According to the American Cancer Society, before the age of 18, at least 9 out of 10 individuals turn into adult smokers. Furthermore, the younger you are when you start smoking, the higher the chance of being addicted to nicotine. This is why people continue to smoke into their later years, even with the plans of quitting initially.

No matter how many times you tell a teenager how bad smoking can be, a large number of them will still try, especially with how glamorous it looks through advertisements shown across our screens. The media portrays smoking in a way that smoking makes you look cooler,  more sociable, or perhaps even more attractive to a potential partner. The problem is, at least for the majority of them, the more frequent they smoke, the more they become addicted, which then leads them to continue to smoke for a long time.

Peer pressure is not limited to just teenagers, though. Individuals may also want to smoke to fit in within a workplace as smokers easily create a sense of bond over a smoke. For an individual who would want to build more meaning into their lives, they may try smoking to earn a sense of camaraderie.

2 Parental relationships are vital to a child who is still growing up. Therefore, when a child grows up in a home where they have regular encounters with a smoking parent, the child’s odds of starting smoking doubles as compared to a child brought up by non-smokers.

Meanwhile, parents who are loose with their kids and do not restrict their kids on viewing films and the like that portray smokers in a positive light set their child up to be influenced by these films as well. Additionally, parents who show that smoking is socially acceptable behavior, even if they do not smoke themselves, may cause children to experiment with smoking too.

This means that it is not just enough to raise your kids in a non-smoking environment. Parents must be fully committed to instilling and constantly communicating with a child how unhealthy, intolerable, and, most importantly, how detrimental smoking is.

3 As initially stated, the media is a powerful tool and plays a significant role in portraying the image of a smoker. This is a common occurrence worldwide and throughout different time periods. In fact, a study in Norway had shown that the prevalence of smoking in the long-term was reduced by 9% when a ban on tobacco advertising was imposed in 1975.

Furthermore, a large number of film characters are smokers, which can make adolescents believe that smoking is desirable and trendy.

Having more campaigns that educate people about smoking and imparting how unacceptable it should be, may help reduce smokers in the future.

4 A study has shown that a co-dependency on drugs may be genetic. The research involves an addiction to nicotine, which is an active ingredient in tobacco products like cigarettes. However, it is important to remember that studies that involve addiction in genetics do not mean that a gene for addiction is automatically passed down. It regards how susceptible an individual can be to take up a habit such as smoking. If further studies can be done to continuously verify a pattern of addiction within a family line, officials may know where to direct their efforts to reduce the risk of tobacco addiction.

5 Some people start smoking to numb themselves to relieve their stress. While cigarettes can do quite well in the short term to numb yourself, they may cause you to smoke even more solely because nicotine is so addictive. Some people become stressed and become regular smokers, even if they initially only smoked because of the calming effect the nicotine in a cigarette has. Nicotine becomes a chemical and psychological crutch every time a high-pressure situation arises. Nicotine continuously maintains the withdrawal cycle on the brain and body, which binds you to your smoking habit. This addiction can be overcome by eliminating the psychological reasons for smoking.

Three Reasons Why It Is Difficult to Quit Smoking

Quitting smoking is rarely simple – and here’s why:

1 As mentioned above, nicotine is one of the main ingredients that make up a cigarette and has exceptionally harmful effects both physically and psychologically. Despite the many reasons that people continue to smoke, nicotine is what makes it hard to quit when a smoker wants to. Some fast facts about nicotine include:

Nicotine is just as hard to give up as heroin.

The effects of nicotine are dependent on several factors, including age and size. Even still, possible long-term consequences such as pneumonia and coronary heart disease are expected in smokers.

Only about 4% to 7% of people who try to quit smoking can do it cold turkey.

2 One reason that it is so hard to quit is due to old habits that smokers have. Smokers tend to have a routine they follow, whether consciously or unconsciously. This can be found in the little things like smoking when driving, drinking coffee, or whenever they crave to do so.

Furthermore, if a person is trying to quit, they will experience what is known as withdrawal symptoms. This is when they start to feel restless about not doing something with their hands or mouth and start craving for the smell and taste of a cigarette, thus, leading some to just go back to smoking.

3 Smokers may have made their friends through a situation where they have had a common ground, such as meeting in a smoking room. Asking for a light is usually a common icebreaker among smokers. So, if they go out together where they will still be exposed to their friends smoking or go out to places where people smoke like concerts, bars, etc. it becomes a tempting ground for them. Situations like these may make these individuals take out a cigarette and internally convince themselves that they can limit with just one or that they can control themselves to just social events.

5 Ways You Can Stop Smoking

It is said that smokers attempt to quit at an average of 6 – 11 times before they finally succeed. It will be a difficult journey, but with the proper guidance and help, you will eventually get to a place where you will no longer be heavily reliant on a cigarette. A few tips that can help you out are:

Stay Around People Who Do Not Smoke

1 It would be best if you had people who will influence you in the right way. In the same way that hanging around other people who smoke can entice you into smoking, hanging around with people who do not smoke will probably keep you occupied without the need to grab a light for a break. On the same note, inform your friends that you are trying to quit. Sharing your struggles will help you feel lighter, and they may help distract you as well. Furthermore, they can be told beforehand to keep topics positive to keep you from getting tensed.

2 Having a support group that will steer you in the right direction and helps you resist your urges while going through withdrawal and stress will be one of the most beneficial things for you to do for your mental and emotional state of mind. Moreover, one of the advantages of being in a program is guidance through ‘Nicotine Replacement Therapy’ to curb any urges.

3 Smoking is something some people do when they’re bored. By keeping your hands engaged in other activities like playing a game or using a stress ball, you will be able to fidget with something else instead of using smoking as an excuse. Aside from keeping your hands busy, you can keep yourself busy in a general sense. Exercise, drink lots of water, eat healthy, plan activities like watching a movie or dinner in a smoke-free restaurant, are just a few examples of what you can do.

4 Find a reason that motivates you. Having an end-goal of why you want to achieve something helps people stay motivated. Likewise, if you have a purpose as to why you should stop, you will not lose focus. It can be anything, from wanting to be healthy or to not expose your own child. The reason is all up to you.

5 From time to time, you will want to go back. Take a deep breath and look back on how far you have gotten. Keep moving forward and do not give up. Even if you have failed and relapsed before, do not be discouraged. There is no harm in always trying, picking yourself back up again, and learning more through the experience.

Unfortunately, the prolonged experience of smoking cigarettes can lead to devastating side effects. If you or a loved one are struggling with the consequences of long-term smoking, reach out to My All American Hospice today.

Chemicals in Cigarettes
Side Effects of Smoking