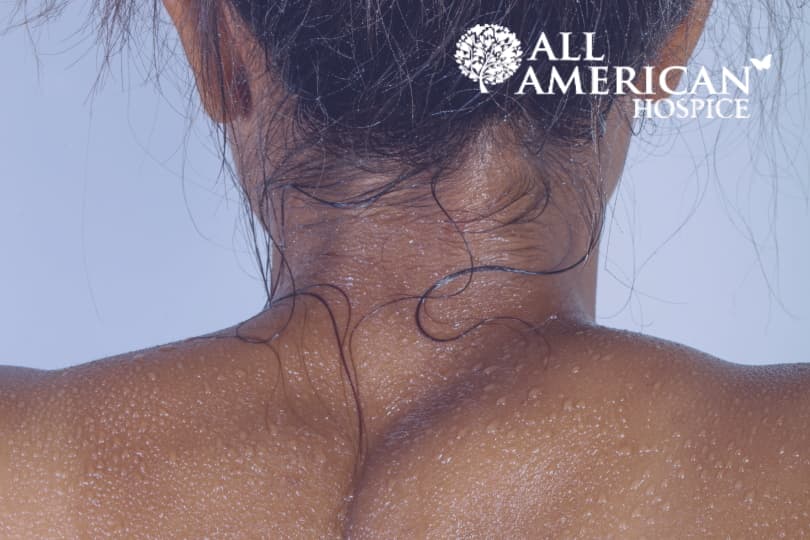 Skin cancer has three common types: basal and squamous cell carcinomas and melanoma. Although all these are curable, melanoma is the most dangerous as it spreads deeper into a person’s skin and can be life-threatening. The American Cancer Society’s latest estimate is that there will be 99,780 new diagnoses and 7,650 deaths from melanoma skin cancer by 2022.

Older people are more at risk of developing melanoma, but it doesn’t mean young people are safe from its dangers. Everyone should pay attention to their skin and consult a doctor when there is an unusual growth of spots on their skin. Going through this article will help you better understand this type of skin cancer and recognize whether spots on your skin are normal or a sign of amelanotic melanoma.

Can You Bleed to Death From a Mole?

Picking, pulling, and cutting the mole is not advisable as it will cause a lot of bleeding. Although it’s not serious unless it becomes infected, a mole that bleeds can signify melanoma. A mole or nevus is caused by melanocytes that grow in clusters. They can be anywhere on the body and have been there since birth, but become more noticeable as a person ages.

Moles are usually round or oval with smooth surfaces and edges. It comes in different colors. Those with fair skin and blond hair have a lighter or a pink mole, while those with dark skin and hair have darker moles. But it’s rare and uncommon to have a white mole on the skin. Although once a beauty asset, it can turn into a severe melanoma skin cancer that can be fatal if not treated early.

Too many dysplastic nevi also put a person at a higher risk of melanoma. These are physically different from normal moles. They are larger than five millimeters and have a mixed color. Although this is rare, prevention is essential, such as avoiding the sun.

Can Melanoma Be Skin Colored

Yes, there is skin-colored melanoma, and sometimes it looks like a colorless mole. Melanoma comes in different shades of skin color, like tan, brown, and black, making a person’s skin ugly, especially on the face. But instead of being a warning sign, it becomes a significant reason why melanoma is often diagnosed late and at an advanced stage because it looks like a normal mole in the beginning.

Can Melanoma Be Flesh Colored

Yes, while many calls it a black tumor, it can be flesh-colored. A flesh color was once used to describe the skin color of white people before it was considered offensive. Flesh-colored melanoma is also known as pink or red melanoma, which resembles a fresh pimple but is more prominent. Sometimes white, blue, red, purple, and pink melanoma is a warning sign that cancer cells in the body are continuing to grow.

Melanoma overgrows and is fatal within weeks or months. A study shows that the superficial spread of melanoma’s monthly growth rate is 0.12 millimeters, while 0.13 millimeters growth rate was recorded for lentigo maligna melanomas. Moreover, nodular melanomas have a growth rate of 0.49 millimeters and spread quickly, which is why it is considered the most dangerous skin cancer.

Factors that greatly influence the rapid growth of melanoma are tumor thickness and mitotic rate. This skin cancer also grows faster in men than in women, older people, patients with fewer melanocytic nevi, and freckles. The researchers also found that symmetrical melanomas with regular borders, elevated, symptomatic, and amelanotic melanomas are fast-growing.

How Long Does It Take for Melanoma to Grow?

It depends on the type of melanoma a person has. An example of this is the aforementioned lentigo maligna melanoma. This type of melanoma remains in situ or stage 0 for up to 15 years before it becomes aggressive and spreads throughout the body. Although it grows more slowly than other types of melanoma and allows more time to recognize and find the right cure fully, neglect leads to a more advanced stage and can be fatal.

What Is Amelanotic Melanoma?

Although different in appearance, the causes of amelanotic melanoma are no different from the pigmented types of melanoma. In most cases, being in the sun or artificial tanning lamps for long periods puts a person at a higher risk of amelanotic melanoma due to UV or ultraviolet rays. Too much UV exposure damages a person’s DNA in the skin cells and causes cellular changes, where skin cells grow uncontrollably and become cancerous.

Experts also say that melanoma is hereditary. A study shows that if a person inherits the IRF4 and CCND1 genotypes, it can be a factor in the development of amelanotic melanoma. People with inherited melanoma have problems with their tumor suppressor genes that control cell proliferation and prevent tumor formation in humans.

Who Is at Risk of Amelanotic Melanoma?

Various factors can significantly influence the development of amelanotic and other forms of melanoma. Whites are more prone to melanoma than black people, but anyone can develop melanoma if they have the following:

According to the JAMA Dermatology, after being diagnosed with amelanotic melanoma, the survival rate is lower than pigmented melanoma. The early-stage amelanotic melanoma stages are difficult to detect, and by the time doctors detect a patient, they are already in the advanced or malignant stages. Perform regular full-body skin checks, and consult your doctor if you notice the following symptoms:

There are developments of colorless moles on the face or other unusual spots on your skin with strange coloration. As mentioned above, this type of skin cancer has skin-colored melanoma and red and pink melanoma spots.

How Is Amelanotic Melanoma Diagnosed?

Doctors usually do a physical exam if someone goes to a doctor to check for abnormal spots and changes in their moles. With a dermatoscopy, they will examine the area individually and use the ABCDE melanoma criteria. According to the Skin Cancer Organization, the ABCDEs of melanoma means:

Although this criterion generally works to detect the warning signs of various forms of melanoma, it does not have accurate results in diagnosing amelanotic melanoma. So, to determine whether a person has early-stage amelanotic melanoma or malignant melanoma, the doctor suggests a biopsy. In this procedure, the questionable melanoma pink spot will be removed and given to a dermatopathologist to examine and report the following:

After the diagnosis, physicians aim to know what amelanotic stage their patient is to provide the proper treatment. This type of skin cancer has five stages, from stage 0 to 4.

Usually, when a patient is diagnosed or reaches advanced stages, they are required to do different tests. These tests help doctors and patients know the cancer’s spread and effects.

Patients in the advanced or early-stage amelanotic melanoma stages can choose surgery for treatments. It’s the most common treatment for removing cancerous tumors but also affects healthy tissue. Another popular treatment to kill cancer cells through drugs and injections is chemotherapy.

If cancer cells have spread and cannot be removed by surgery, radiation therapy can help kill and prevent them from recurring and spreading. Targeted therapy is an option to block and stop the growth of melanoma cancer cells in the body. On the other hand, immunotherapy strengthens a person’s immune system to fight and eliminate melanomas.

Does Amelanotic Melanoma Blanch When Pressed

There is no definitive answer here, as it requires more studies and evidence. Whether amelanotic melanoma will blanch or not is a debate for both medical professionals and patients. Dr. Yvette Kratzberg said that pigmented and amelanotic melanomas do not blanch when pressed, but elevated hemangioma does.

However, a dermatologist explains that it will blanch when a person presses a diascopy on the lesion because the external pressure causes blood to flow out. Diascopy is the clear glass that the dermatologist uses to diagnose skin diseases. As for those who have experienced amelanotic melanoma, they say it doesn’t and often looks like a hard lump.

Yes, amelanotic melanoma sometimes itches. The Cancer Treatment Centers of America lists it as a warning sign under “evolving” in the ABCDEs of melanoma. An example of evolving into melanoma is a normal pink mole that changes shape, size, color, elevation, and how it feels.

What Can All American Hospice Do for You

Even if a person’s amelanotic melanoma is new, the usual treatment is surgery to prevent it from spreading further in the body and causing death. It means that while this disease is curable, it must be managed and treated early. Now that you know more about this disease, including its causes, symptoms, diagnosis, stages, and treatment, you can better protect yourself and your loved ones against it.

Some people survive this cancer, and sometimes it even disappears on its own. However, some melanoma can keep coming back or develop into more cancers. Patients have to undergo regular and tedious checkups or exams that are stressful and exhausting.

Palliative care is one way to help patients with melanoma. Medical professionals suggest proper treatment and help with patients’ physical and mental problems. All American Hospice can do this for you. Call us today and inquire about our palliative care services.

Everything You Need to Know About Carcinoma: Types, Symptoms, Risk Factors, Treatment, and What It Is
Testicular Cyst vs. Cancer: What’s the Difference?